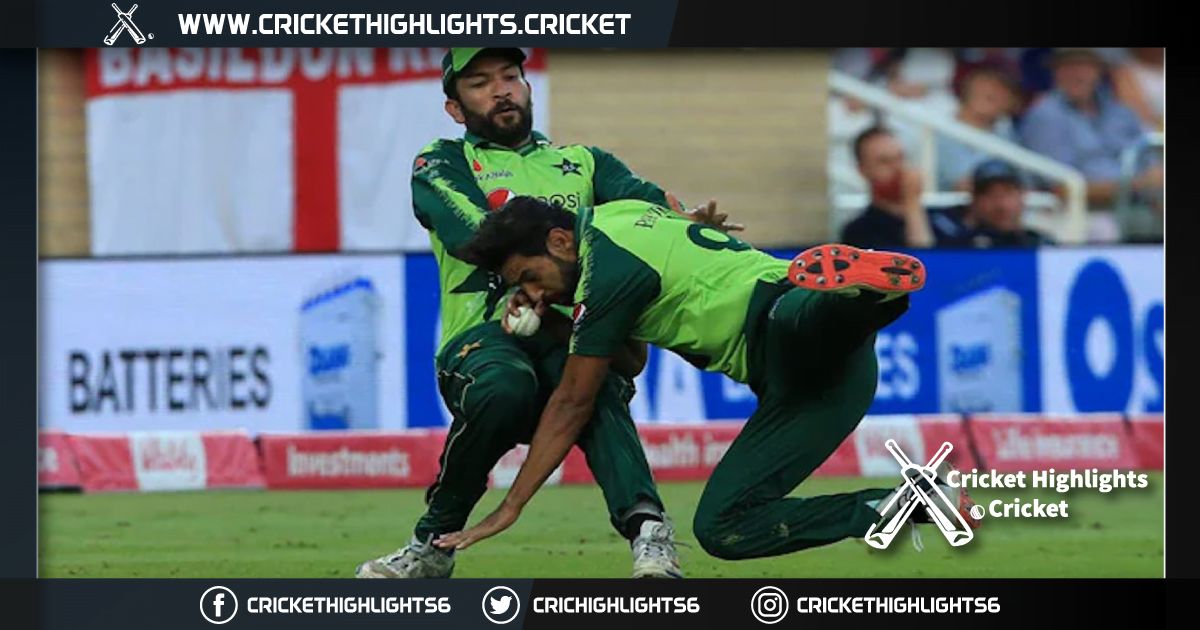 Pakistani Pacer Haris Rauf took an incredible catch in the 1st T20I against England at Trent Bridge in Nottingham.

It came in the 5th over of the 2nd innings when Moeen Ali hit the ball in the air on the leg side. The England batsman’s shot reached more height than distance.

Rauf ran from inside the circle to complete an incredible catch with a chance to take a wicket. Rauf collided with teammate Sohaib Maqsood, who came from the boundary to take the same catch.

As soon as Rauf completed the catch, he and Maqsood were involved in a dangerous collision that resulted in the former landing in the latter’s arms. Video of the incident is going viral on the internet.

What a match we were treated to in Nottingham last night. This was a fun moment to commentate on. pic.twitter.com/Er7gwYZZxb

Back in the match, England’s players started with a flourish as they set a high target of 233. Pakistan scored 232/6 with the help of captain Babar Azam who scored 85 (49).

The hosts did their best to reach the set target but failed due to the pressure of the required fast pace. All-rounder Liam Livingstone scored 103 runs in 43 overs and kept his team in the race until the 17th. Over. After his surrender, the rest of the batsmen could only contribute a few runs, leaving Pakistan to claim their 1st victory on the current tour by 31 runs.

The 2nd T20I of the three-match series will be played at Headingley in Leeds on Sunday.