Watson retired from the BBL last year, but has continued to play in the IPL and PSL. 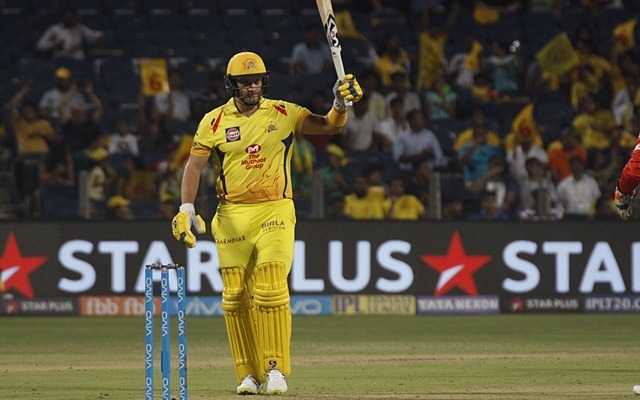 Shane Watson, the former Australian cricketer, reckons that the quality of cricket in the Big Bash League has decreased significantly, and the ‘entertainment gimmicks’ have replaced it. The BBL organizers had a tough time in the previous season due to the low attendance at the venues. Some changes are being thought about regarding the next edition of the BBL.

On the other hand, the 38-year Watson didn’t mince any words in saying that the BBL has fallen behind the Indian Premier League and the Pakistan Super League. The veteran said that the IPL and PSL have kept cricket as their top priority and never thought about compromising on it. He stated that the pomp and show of the tournaments hasn’t affected the performances of players.

“The one thing that the IPL and PSL do is make the quality of the cricket, the product, the number one priority. They know that if this is of the highest quality possible, then the longevity of the tournament and the commercial growth and success will look after itself,” Watson was quoted as saying in his T20 Stars blog.

“Don’t get me wrong they have all of the bells and whistles as well; however, the glitz and glamour go on before and after the matches, but very rarely does the entertainment affect the Player’s ability to perform at their best. This is where the BBL has really lost its way,” Watson mentioned.

“The quality of the cricket has been put on the back burner in the Big Bash, and the entertainment gimmicks have been brought to the forefront,” he added.

Back in April 2019, Watson announced his retirement from the BBL, having scored 1031 runs in 41 matches with 6 fifties and a century. He has continued to ply his trade in the IPL, representing the Chennai Super Kings, and the PSL, playing for the Quetta Gladiators.

In fact, in the PSL, he is the all-time leading run-scorers among the foreign players, with 1,361 runs in 46 games. In the IPL, he was the Player of the Series in the inaugural edition back in 2008. There he scored 472 runs and picked 17 wickets, and afterward, his career for Australia also went uphill.

I am working as the Reporter at Cricket Highlights. I love to find the hottest news in the cricket world before  anyone else.