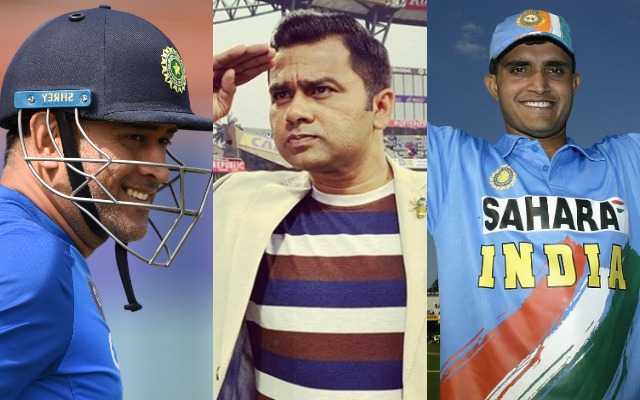 Former cricketers-turned-commentators Aakash Chopra and Ramiz Raja joined the trend on Chopra’s Youtube channel. From players, MS Dhoni’s future, World Test Championship, and India-Pakistan dugouts– both Chopra and Raja discussed a variety of topics. One question in the discussion was the debate between the captaincy of MS Dhoni and Sourav Ganguly.

Both Chopra and Raja gave their opinions and compared the captaincy stints of Ganguly and Dhoni. The two stalwarts are considered as the most successful captains in the history of Indian cricket. Chopra said he would pick Ganguly’s era as ‘Dada’ had to gain the trust of people post the match-fixing scandal. When the Indian side started winning overseas, and it was during Ganguly’s captaincy.

According to Chopra, Dhoni eventually reaped what Ganguly achieved in his era. Chopra also lauded Dhoni’s man-manager skills and said that the Ranchi-born wicket-keeper batsman had to handle big stars along with young players during his stint as India’s captain.

“I would pick Sourav Ganguly’s era. He had to regain the trust of the people after the match-fixing scandal and make a team from scratch. His eye for talent stood out as he brought in young talents and also went forward with the support of other senior players,” stated Chopra.