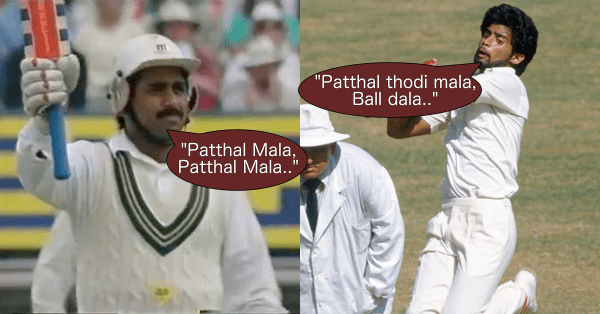 On Saturday, Chetan Sharma did a live session, and discussed his famed career. Former India fast bowler revealed a hilarious incident from his first ever Test series, which was against Pakistan.

During the live session, Chetan Sharma recalled his first ever Test series, played in Pakistan the atmosphere was electric for the first Test in Lahore, and he could not ask for a better start for his career. In his first over, he picked wicket of Mohsin Khan.

Things became better for him as he dismissed Pakistan batting pillar Javed Miandad and what followed after that was absolutely hilarious. He surprised Miandad with a short delivery who was absolutely clueless.

Miandad closed his eyes playing the shot and edged the ball to short leg. Chetan Sharma further remembered that Miandad was not at all happy with his dismissal and left the field while whispering: “patthal maala patthal mala.”

Here is a clip Live with Chetan Sharma: