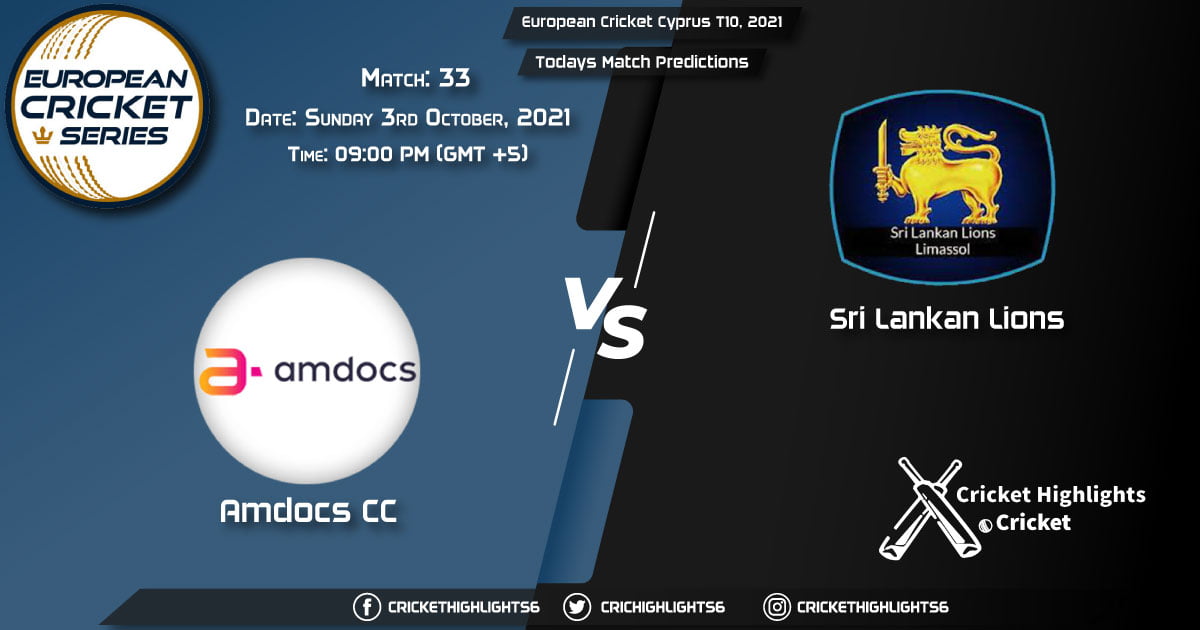 The pitch at the Ypsonas Cricket Ground, Limassol is a balanced pitch. The average 1st innings score at this venue in the last 32 matches is 95 runs. The team batting first at this venue has won 59% of its matches. So the toss does not make much of a difference here. Pacers have been very successful at this venue. They have earned 85% of the total bowling fantasy points at this venue. We would suggest that you pick as many pace bowlers as possible in your team.

Who will win Today Amdocs CC vs Sri Lankan Lions

Sri Lankan Lions is expected to win this match.