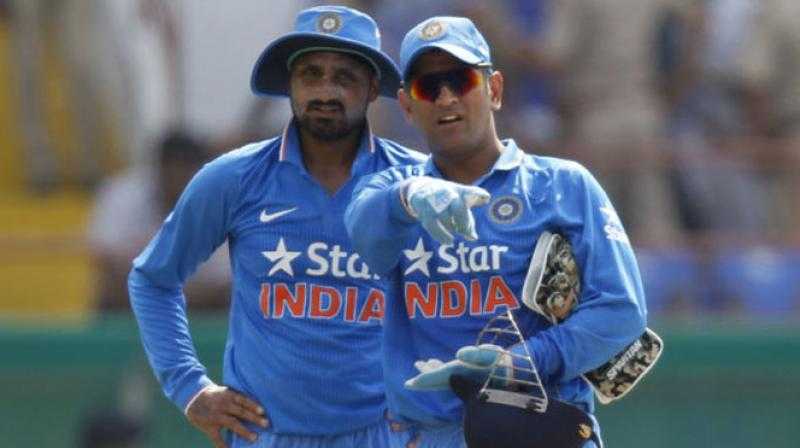 Legendary Indian off-spinner Harbhajan Singh believes that MS Dhoni will make it in the Indian T20 World Cup squad if he makes himself available for selection. Dhoni was last seen in the Indian colors in the semi-final of the ICC Cricket World Cup 2019. Regrettably, India lost the game to New Zealand and eliminated from the competition ever since Dhoni has been away from the Indian team.

However, Harbhajan Singh believes that MS Dhoni will be a part of the Indian squad for the upcoming T20 World Cup later this year in Australia.

“How do you judge Dhoni? Do you see his IPL form or give him respect and consider the fact that he is one of India’s greatest players and captains. The guy has done a lot for Indian cricket,” Harbhajan Singh said.

“MS Dhoni is a big big player. He doesn’t need to be told if he is capable or not. So I don’t think you need to ponder too much about it. If you think you need Dhoni, and if he is available, you pick him,” Bhajji added.

Recently, Chennai Super Kings star batsman Suresh Raina said MS Dhoni did not show any signs of aging and that he was hitting the big sixes at will, as usual during the training camp in Chennai. Laxmipathy Balaji, the bowling coach of Chennai Super Kings, also vouched for MS Dhoni’s return.

On the other hand, former wicketkeeper-batsman, Deep Dasgupta had said that MS Dhoni should have kept playing domestic cricket if he aimed a return to the Indian team, Kris Srikkanth also noted that if the IPL does not take place, Dhoni’s return looks impossible. Gautam Gambhir also had similar views to those of Srikkanth.