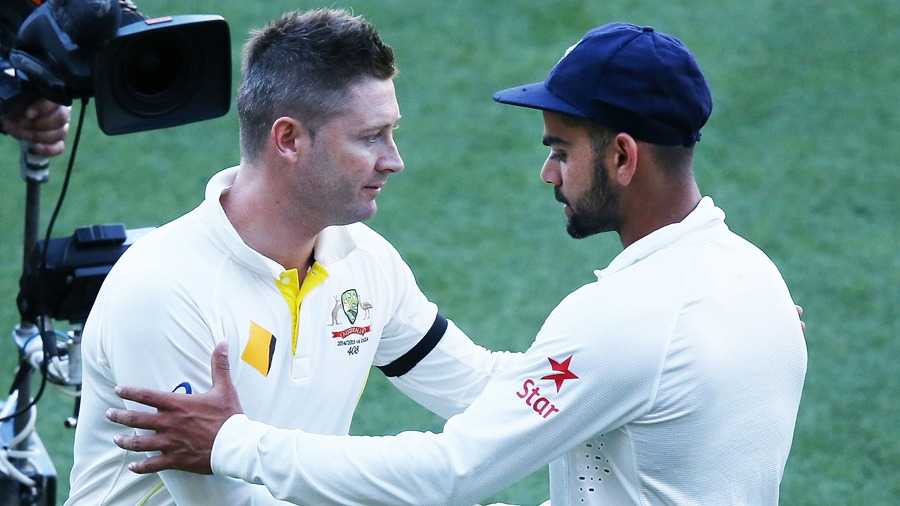 Virat Kohli’s love-hate relationship with Australia is popular from showing the middle-finger to the crowd during the infamous tour of 2011, the brain fade incident to the numerous sledging encounters with Australia’s players during the 2018-19 series, Virat Kohli has never avoided giving it back to the Aussies.

However, former Australia skipper Michael Clarke thinks that Australia’s players avoided sledging the Indian skipper. Speaking on Big Sports Breakfast, the World Cup winning skipper said Australian cricket went through a phase when players were too scared to sledge Indian stars, especially Virat Kohli, for the fear that it could jeopardize their contracts in the lucrative IPL.

IPL started in 2008, and since then, there’s been no stopping it. There is no doubt over the fact that the overseas players are the heart of the tournament, who have great popularity over the fans. Players like Adam Gilchrist, Matthew Hayden, Michael Hussey, David Warner, Steve Smith, Clarke himself, and many others have earlier featured in the IPL.

He went as far as saying that his teammates’ sucked up’ to Virat Kohli and India to protect their million-dollar IPL deals. Michael Clarke stated that the fear of saving their IPL deals made Australian cricket’ soft.’

“Everybody knows how powerful India is in regards to the financial part of the game, internationally or domestically with the IPL,” Michael Clarke stated.

“I feel that Australian cricket, and probably every other team over a short period, went the opposite and sucked up to India. They were too scared to sledge Kohli or the other Indian players because they had to play with them in April,” he added.

Michael Clarke stated some Indian superstars like Kohli and Rohit Sharma were captains of their IPL franchises and were also part of the bidding process. He believed that the players were so desperate to get the lucrative contracts that they jeopardized Australia’s traditional attitude for that.

“The players were like: “I’m not going to sledge Kohli, I want him to pick me for Bangalore so I can make my $1 million US for my six weeks.”

“I feel like that’s where Australia went through that little phase where our cricket become a little bit softer or not as hard as we’re accustomed to seeing,” he added.