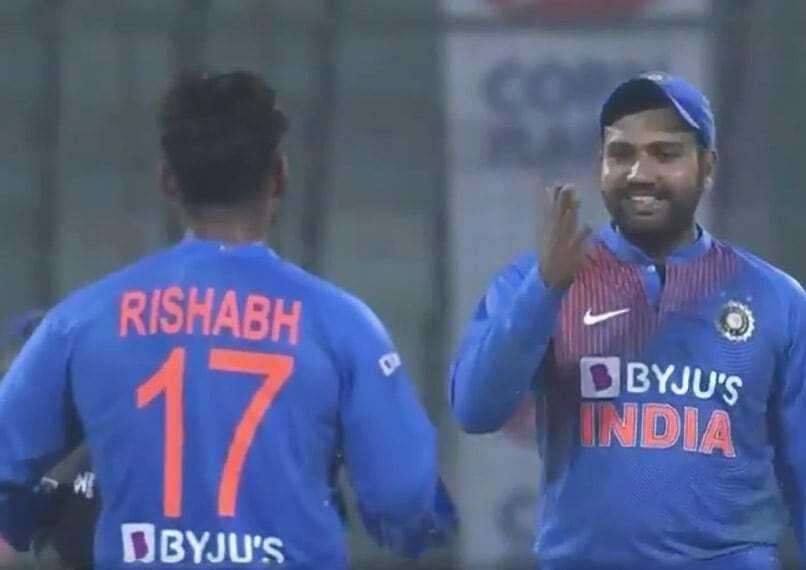 Rohit Sharma does live sessions on Instagram regularly, and during the interaction, he revealed that he speaks with 5 or 6 youngsters, but out of the lot, he talks mainly to wicketkeeper-batsman Rishabh Pant.

He made it clear that he is not at all impressed with the way the media has analyzed Pant’s performance in recent times. The highly-rated wicketkeeper-batsman has failed to deliver in recent times, and the media outlets have not wasted a single opportunity to take a shot at the youngster.

The 32-year-old Mumbai batsman stated that the media doesn’t realize what they are writing about a youngster. The star batsman requested fans to put their trust in the youngsters and urged the fans to deal with the youngsters in such a way that it does not harm their confidence level.

He believed that fans just start trolling on social media, but they don’t realize that the players try their best on the field. Yuvraj echoed the same sentiments and stated that a youngster takes time to find his feet before becoming a champion player.

As far as Rishabh Pant is concerned, he is indeed under a great deal of pressure. Last home season India recalled Wriddhiman Saha in the playing eleven to keep the wickets on the turning pitches, and the decision turned out to be a masterstroke, as Saha did a splendid job behind the stumps for the team.

Indian team persisted with him in the ODI and T20I, as MS Dhoni was not available. He suffered a concussion during the first ODI against Australia, and KL Rahul kept wicket when India took the field ever since Pant has been on the bench in the limited-overs format.