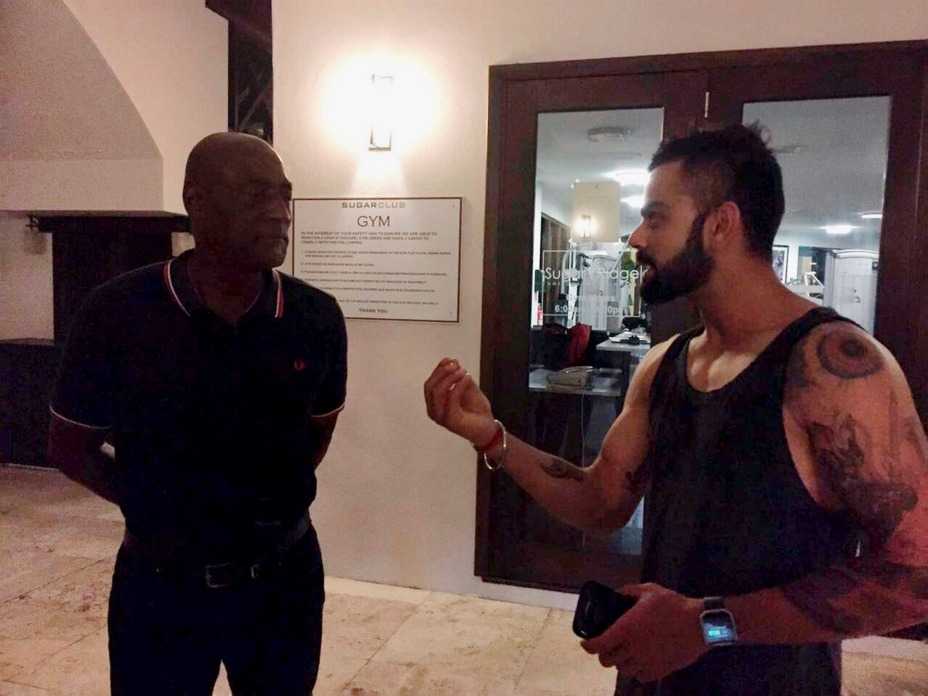 West Indies great batsman and captain Viv Richards have long been considered as the finest batsman across formats to have played the game. But with his record-breaking spree and unstoppable form, Virat Kohli has been pushing the argument.

Virat Kohli has made record breaking look easy. He has, however, struggled in overseas conditions but more than offset his losses while playing at home. He has taken bowlers of any stature to the cleaners and added runs in abundance. Already, a modern day great, if Kohli continues to pile up runs incomparable fashion, he might well end up as the greatest of the game.

There has not been a leg-spinner even close to Shane Warne. His legacy looks beyond reach, but he feels among the batsmen Virat Kohli is pushing the argument about, who is the best batsmen, across formats. At present, Warne stated, Viv Richards still remain on top, but Virat Kohli is reaching right up there.

“Viv is the best batsman I have ever seen. Sachin Tendulkar and Brian Lara are the two best batters. I have played with and now across all formats, Virat is just the best. It is tough to think anyone is better than Viv, but Virat is pushing that conversation,” Shane Warne stated during an Instagram live session.

Steve Smith’s captaincy ban after the ball-tampering scandal recently came to an end. Speculations are about his return to the position, Warne thinks, Paine should continue as captain if he can make runs. But he also emphasized the point that making runs is necessary for Paine.

Warne also added, Smith should just be allowed to bat without any distractions. Smith has a prolific Test record and has already drawn comparisons to Don Bradman.

“If Tim Paine can make runs, he should continue as captain. I want Smith to bat as much as he can with no more distractions. Paine has to make runs. I feel Steve should be allowed to bat till the rest of his career, not other distractions,” Warne stated.

“Steve Smith … tough to go past him, he is my favourite at the moment. What mental toughness, love watching David Warner too. Top three would be Smith, Kohli, and Kane Williamson.”

Warne often spoke about his cricketing views and takes to social media to give his opinion and often suggested remedial measures on various issues regarding cricket.