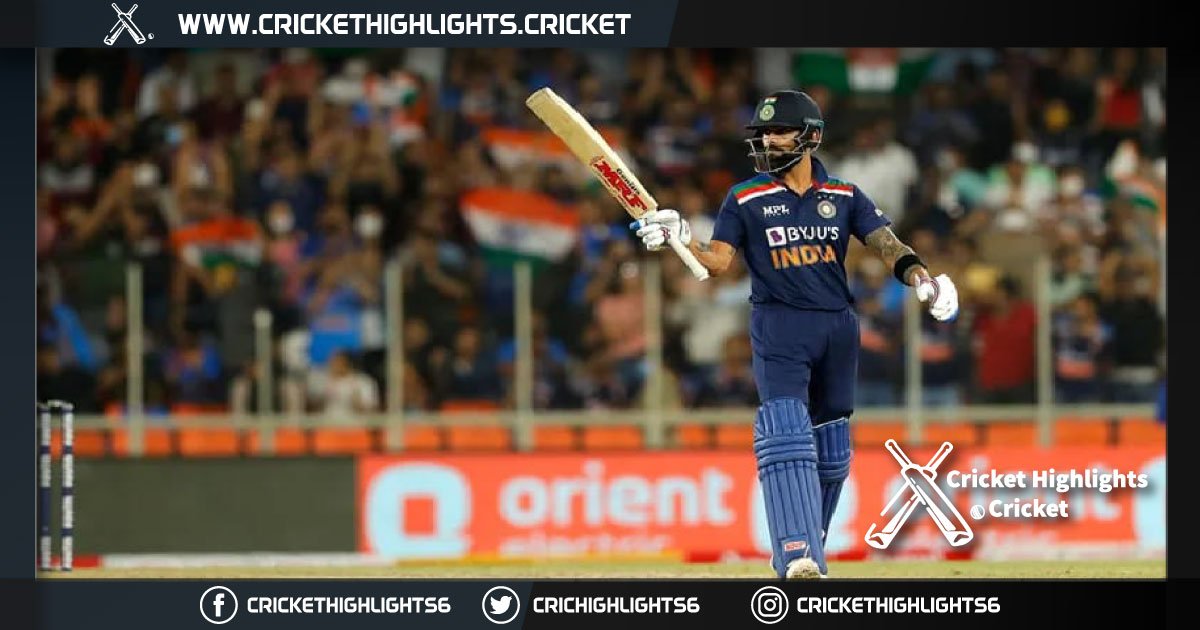 Indian captain Virat Kohli makes history in cricket when his side took on England in the 2nd T20I in Ahmedabad on Sunday.

The Indian captain was 72 runs away from the monument for Sunday’s match. Kohli remained unbeaten on 73 as he helped India successfully chase England’s target of 165. With a victory in the 2nd T20I, the 5 match series is now leveled 1-1. On his way to his 49-ball 73, Kohli hit 3 sixes and 5 fours.

After his T20I debut in 2010, Kohli has scored 3,001 runs in 81 innings with an excellent average of 50.86 for India. Kohli has recorded a total of 70 centuries in international cricket. However, he has yet to score a century in T20Is.

After batting on Sunday, England managed to score 164 for 6 in 20 overs. Opening batsman Jason Roy topped for the visiting side with 46 off 35 balls. In response, India got off to a terrible start when they lost KL Rahul on the final delivery of their first over. On 1 for 1, Kohli came in to join debutant Ishan Kishan at the crease. The two scored 94 for the 2nd wicket, putting India’s pursuit back on track.

On his international debut, Ishan Kishan was crowned man of the match when he fired 56 runs on just 32 balls. It was an impressive start to his journey as he helped India win comfortably by 7 wickets.

After India’s win on Sunday, Kohli welcomed 22-year-old Kishan and said the Batsmen of Mumbai Indians (MI) is a decent player.

“We ticked all the boxes we wanted to, and to give away only 34 in the last five overs is a very special effort. A special mention to Ishan the way he batted. I tried to do what I can, but he kept following his instincts, and it was a quality innings on debut. When you play in the IPL with such dominance as he has, and he is a fearless character, and he knew that he was hitting the ball well, and he is very calculated and not restless,” Kohli said in a post-match interview.

Other Records Kohli broke during this inning were:

Most fifties in T20I:

After Ricky Ponting and Graeme Smith, Virat Kohli becomes the third Captain to score 12,000 or more runs as Captain in International Cricket.

Most runs scored as Captain in International Cricket:

Virat Kohli becomes the fastest to score 12,000 runs in international cricket as Captain.

Fastest to 12,000 runs as Captain in International Cricket: