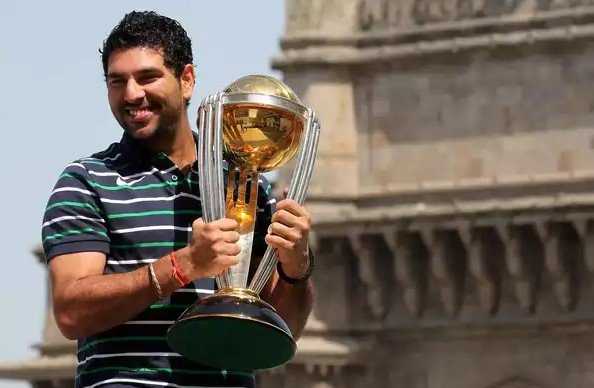 Paddy Upton India’s former mental health trainer has heaped a lot of praise on Yuvraj Singh for his preparations for the 2011 World Cup. India beat Sri Lanka in the final and went on to win its second-ever Cricket World Cup. Yuvraj Singh was awarded the Man of the Tournament for his extraordinary performance with the bat and ball.

Later on, Yuvraj was diagnosed with cancer, and he revealed that he was struggling behind the scenes while battling it throughout the world cup. It takes a lot of courage and determination for a player who had cancer, to play cricket at the highest standards. If any player in the world could do it, it was Yuvraj Singh because of the fighting spirit he has in him.

Yuvraj won games after games for India along with combating cancer, and named his knock against Australia in the quarter-final of the 2011 World Cup would forever be the toughest knock he played under such pressure.

“Yuvraj was dropped from the Test team about six months before the World Cup. To his credit, instead of moping about this, he focused on really working on his fitness and preparation for the World Cup. When he arrived at the World Cup, he was ready for it, physically, technically, and especially mentally,” Paddy stated.

“He had spent every day for months imagining himself hitting the winning runs to win the World Cup for India. I think the fact that he was mentally so well prepared and focused, helped him stay in-tune with that goal, and not get distracted by his ailing health. The mind can overrule the body, which Yuvi displayed beautifully through his man-of-the-tournament performances,” Paddy added.

Team India was magnificent throughout the 2011 World Cup. They had the pressure more than ever as everyone knew it would be the last world cup for some of the greats of the team. India lost only one game in the tournament in a match against South Africa.

The final was nothing short of a nail-biting finish. Sri Lanka posted a big total of 274 runs on the scoreboard batting first. India lost Sachin and Sehwag early in the final; however, a masterclass inning from Gautam Gambhir and Indian captain MS Dhoni sealed the victory for the Men in Blue, making them the first team ever to win the world cup on home ground.