Both the series are set to start on December 3. 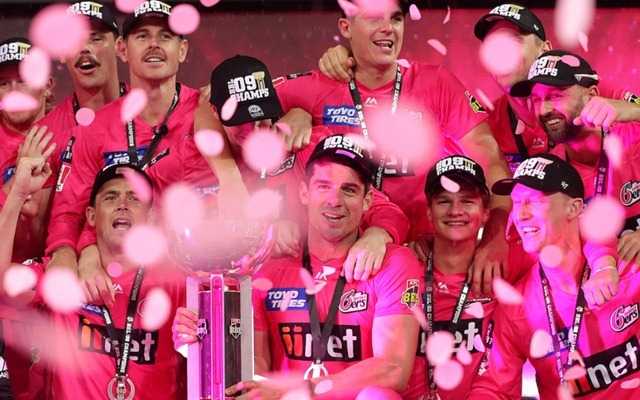 The 10th edition of the Big Bash League is scheduled to get underway on December 3 with the match between Adelaide Strikers and Melbourne Renegades at the Adelaide Oval.

The BBL will start shortly after the end of the first day’s play of the opening Test at The Gabba in Brisbane. The final of the T20 league will be played on February 6. The men’s BBL will consist of 61 matches with the Women’s Big Bash League to be played from October 17 to November 29.

“While the COVID-19 pandemic may yet force alterations to the summer of cricket, today’s announcement confirms the commitment to a full 61-game schedule, including the return of the format of the five-team final,” the CA was quoted as stating in a statement on its website.

The BBL will be taking a five-day break from December 11 to 15 when India plays the Day-Night Test in Adelaide. The 3rd and 4th Test is scheduled to start on December 26 and January 3 respectively. All of it depends on how the situation regarding the coronavirus pandemic is.

Cricket Australia Head of Big Bash Leagues Alistair Dobson stated that the coronavirus pandemic remains to be a massive challenge. He mentioned that the scenario will be monitored carefully. Thus far, Australia has reported over 9,000 coronavirus positive cases thus far.

“…we must remain vigilant and agile in responding to the COVID-19 situation as it develops and we will continue to work with all relevant federal and state government agencies, biosecurity experts, venues, clubs, players, broadcast partners, and our own internal teams to ensure a safe and successful summer,” Dobson stated.

“We’ll continue to act in accordance with public health advice and government protocols to ensure the safety of the public, players and support staff,” he added.

Australia is also set to host the T20 World Cup from the mid of October.