Dale Steyn names the five best batsmen he played against 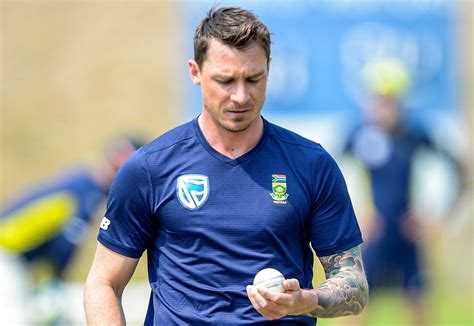 South African pace star Dale Steyn decided to participate in a QA session on Twitter. Of the many questions, he responded to; the 36- year-old named five best batsmen he played against.

Steyn retired from his Test career in 2019, finishing as the highest wicket-taker for South Africa with 439 wickets in 93 games. The five best batsmen he chose were Rahul Dravid, Kevin Pietersen, Chris Gayle, Schain Tendulkar, and Ricky Ponting.

Faaak bud they all good ey! Ponting was prime, Sachin was a wall, Dravid, Gayle, KP, they were all so good! https://t.co/oJbOitUDd0

The veteran started by naming Ricky Ponting as the prime batsman. He proceeded to the next ones, the iconic Indian pair of Dravid and Tendulkar. Steyn ended it by talking about Gayle and Pietersen, who also boasted of an imposing record in Test cricket. Earlier, when asked about his favorite bowling spells in Test cricket, the veteran named the 10-wicket haul against India in Nagpur and the eleven-wicket haul against Pakistan in Johannesburg.

Also, the speedster termed his best T20I spell against West Indies in Port Elizabeth. While labeling that his best bowling-run consisting of yorkers and slower deliveries, Steyn talked about the lighter side of that performance, he claimed that despite being his best spell in the shortest format, they lost that game.

I played a 20/20 against West Indies in Port Elizabeth many, many years ago, blew a few poles away woth some yorkers and a good slower ball, loved that performance, but we still lost, haha https://t.co/M7VieMAzVJ