David Warner and Jonny Bairstow were involved in an Instagram live 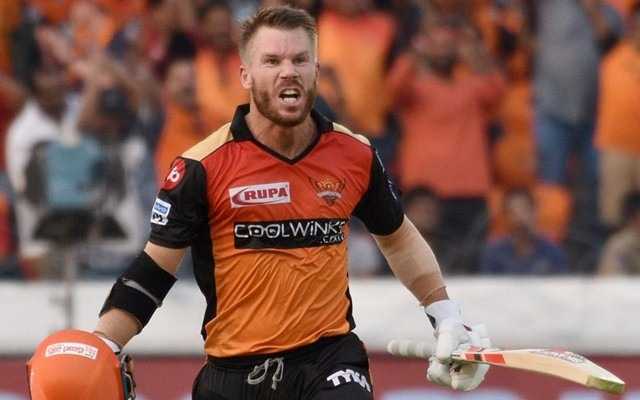 Sunrisers Hyderabad captain and Australian Opener David Warner involved in an Instagram live chat with Jonny Bairstow. Warner and Bairstow had emerged as an explosive opening pair for the Hyderabad franchise in IPL 2019, and scoring runs with consistency.

During the Instagram live session, Warner hailed the bowling attack of Sunrisers Hyderabad and stated that they probably have the best death bowling in the competition. In addition to Bhuvneshwar Kumar, SRH has the likes of Siddarth Kaul, Bily Stanlake, Basil Thampi, Mitchell Marsh along with Rashid Khan in their arsenal to bowl death overs.

“We’ve got a very good squad. One of the best things about our squad is we have great depths in our bowling,” Warner stated during the Instagram live session. “We have got good upfront swing bowling, and our death bowling is probably the best in the competition.”

Many would argue over Warner’s claim as the bowling attack of Mumbai Indians is regarded as the best in IPL. The Mumbai franchise is equipped with match-winning bowlers like Jasprit Bumrah, Lasith Malinga, and Trent Boult. The trio is known for their lethal display of bowling in the latter stages of the game.

The Warner-Bairstow duo also reflected on their partnership in the IPL. Warner admired the duo’s running between the wickets together with Bairstow’s ability and game awareness.

“I love running between wickets, and I think our energy running between the wickets is outstanding,” Warner stated. “I know how fast your ability and game awareness is. It’s one of my favorite things to do and a strong point for us.”

“Yes, definitely, there is an understanding between us. We can both assess if it’s 2 runs we don’t have to look, it’s just touch and go. And that started early on, and we were getting twos when we had no right to get them. You put pressure on opposition like that, and then it eases off pressure on us,” responded Bairstow.