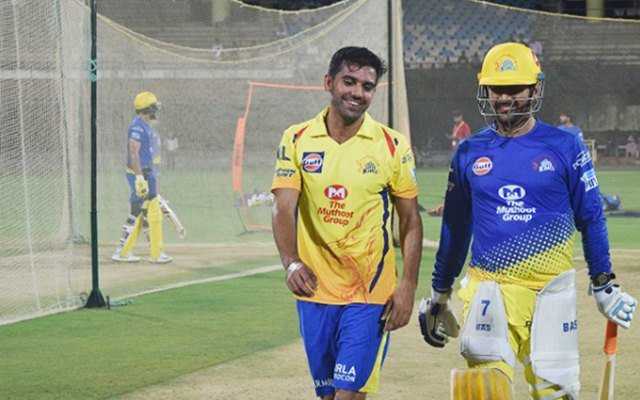 Deepak Chahar, in a recent video interview with Chennai Super Kings, revealed that CSK Captain MS Dhoni has stopped playing PUBG as he is losing touch in the game.

Chennai Super Kings on their official Twitter account released a video, where Chahar stated that Dhoni has switched to playing ‘Call of Duty’ instead of PUBG.

“Yeah, sometime back, he got back to playing PUBG but had lost touch. He couldn’t figure out who was shooting from where. He clearly was looking out of touch,” stated Deepak Chahar.

Deepak Chahar was all set to perform in the Chennai Super Kings jersey in IPL 13th edition. CSK also cancel their training camp for the same reason.

However, considering the stern situation across the world, reports have suggested that the competition may be canceled this year. Several other reports have also opposed the possibility by stating that the league might be held later this year before the ICC T20 World Cup 2020.