West Indies had a lot of time getting ready 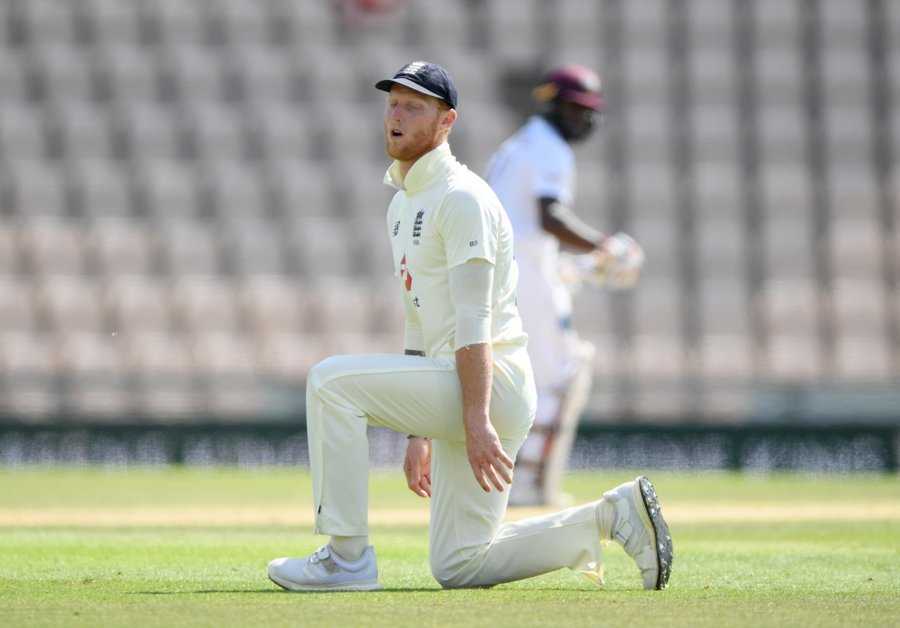 Ben Stokes’ captaincy debut started on a bad note as England were stunned by West Indies in the first of the three-Test series. The visitors beat the hosts by 4 wickets to take the lead in the series.

Leading the team in the absence of Joe Root, Ben Stokes took some doubtful choices even before the game started like dropping Stuart Broad and batting first, and those decisions played a key role in the hosts’ defeat.

England did well in the second innings and was looking set to post a big total. They suffered an explicable collapse and were all out for 313 after being 249 for 3 at one stage. Going After 200, West Indies rode a superb knock of 95 from Jermaine Blackwood to recover from 27 for 3 and chase down the total by losing 6 wickets.

Speaking at the end of the match, Ben Stokes started by stating that it was great to return to action. He was also quick to explain that West Indies ‘had a lot of time getting ready’ ahead of the series. The star allrounder also rued the lack of runs on the board in the first innings.

“It’s great that we’ve been able to play cricket. We are used to play in front of a lot more people. It’s been amazing to be involved in getting back into cricket, in terms of viewership. Both sides had a lot of time to build up with the camps. West Indies had a lot of time getting ready in Manchester. It was a hard-fought Test. The skills and the level of cricket played was fantastic. You have to believe that 200 is enough, and if you don’t, you’re already losing. We should have got more runs in the first innings. We weren’t ruthless enough to make our batting innings count, despite getting into good positions,” he stated.

“I would still have batted first because the first innings runs count. If we made 400-500 runs, we really would have taken it away. But it has been a massive learning curve for the batting line-up and the young guys. I don’t regret leaving Stuart Broad out, and we are fortunate to leave someone like him out. I would be upset if he didn’t show the passion he did in that interview, and he’s nowhere near done,” stated Ben Stokes.

“If he plays in the second Test, I hope he walks off with some wickets. Pressure shows itself in different ways, and some hectic running goes on in the middle, and there are chances we didn’t take. Lots of positives in retrospect, and a good learning curve this game. In terms of fitness, we had a long build-up period, so it’ll be interesting how everybody pulls up for the next Test. I’ve loved captaining England, but this is Joe’s team, and I welcome him back,” he concluded.