Nadeem Omar had said that Roy used to break his bats in frustration after getting out. 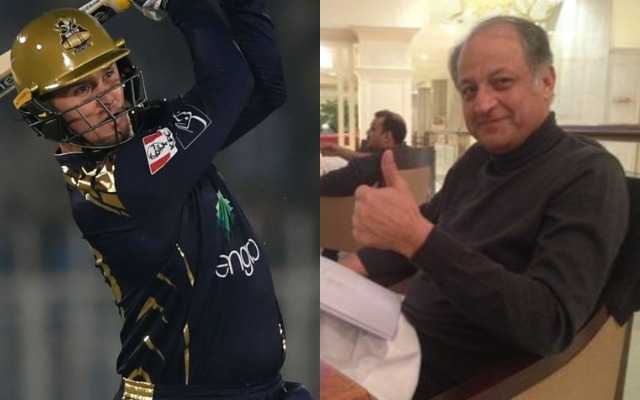 England Opening Batsman Jason Roy played for the Quetta Gladiators in the Pakistan Super League 2020 season earlier this year. His performance was good; however, a bit more was expected of him. He managed to score 233 runs in eight innings at a strike rate of 120. Just recently, the team’s owner discussed his performance and also stated that the English opener would break his bats due to the frustration of getting out.

Quetta Gladiators were the defending champions but failed to make it to final four in PSL 2020.

Quetta Gladiators owner, Nadeem Omar, revealed that England player Jason Roy broke all the five bats which he had brought to Pakistan. He also added that later, the team managed a few new bats for him with the help of Pakistani Opener Ahmed Shehzad.

“Very few people know that Roy broke all his bats, five to be precise, in the dressing room. We arranged new bats for him in Rawalpindi through the help of Ahmed Shehzad,” Omar stated during a Youtube video.

Cricket Pakistan shared the news on its official Twitter handle. After that, Jason Roy tweeted back in his response and said that it is not true. He revealed that his bats broke due to dry weather in Pakistan. He also wrote that he only had three or four bats with him going to the PSL league in Pakistan.

That’s not correct. 3 bats broke due to the dry weather and using them in the nets too much. I only took 3 or 4 bats over with me to Pakistan.

Gladiators’ owner also talked about the struggles of Roy faced during his stint at his franchise. He said Roy had complained about not being able to middle the ball, and also both these openers Shane Watson and Jason Roy didn’t compliment each other well during the PSL.

“Jason Roy was not able to middle the ball while batting. I think he and Shane Watson were not able to complement each other at the top of the order because Watson prefers the big shots while Roy likes to run quickly between the wickets to score runs.”

“We also asked both of them to try batting lower down the order, but they refused while citing valid reasons,” Omar added.