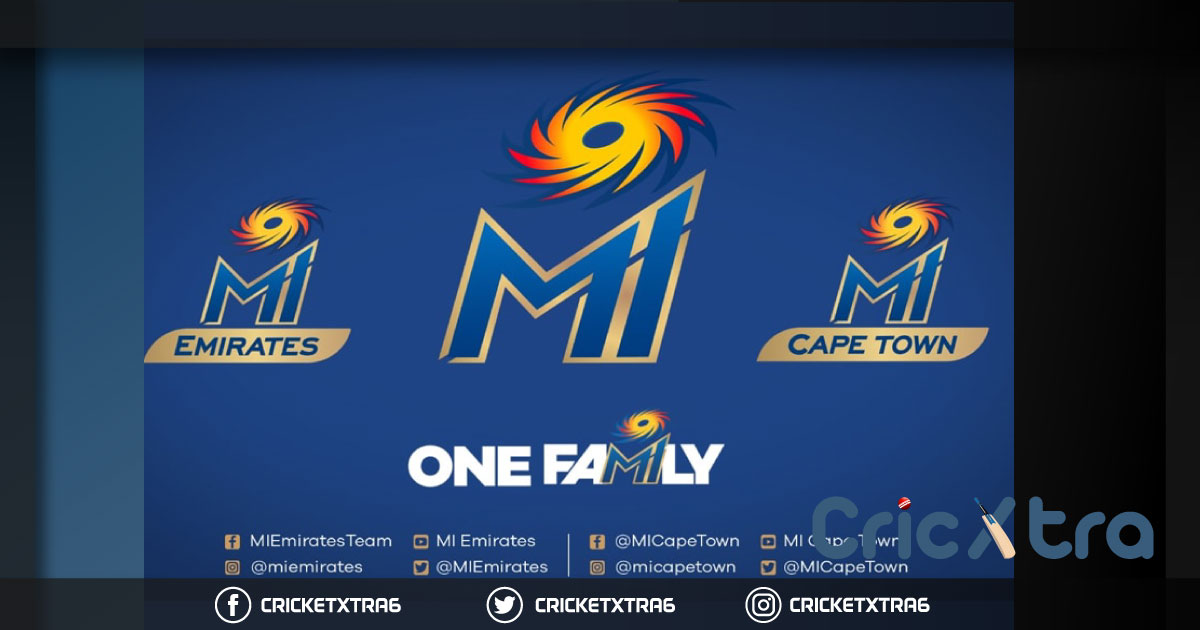 The most successful team in the Indian Premier League (IPL), the Mumbai Indians (MI), have announced the names of their two new teams in the UAE’s International League T20 and the South Africa T20 League.

The owners of MI, Reliance Industries Limited, have given the UAE team the name “MI Emirates” and the South African team the name “MI Cape Town.” Both teams will wear the famous blue and gold of the MI franchise. Because they are for fans of Cape Town and the Emirates, the two teams will be called “MY Cape Town” and “MY Emirates.”

“It gives me great pleasure to welcome ‘MI Emirates’ & ‘MI Cape Town’, the newest additions to our #Onefamily. MI means more to us than just cricket.  It embodies the ability to dream, be fearless and foster a positive attitude in life,” said Nita Ambani, the Director of Reliance Industries, as quoted by MI on their official website.

“I am sure that both the MI Emirates and MI Cape Town will embrace the same ethos and take MI’s global cricket legacy to even greater heights!,” she added.

The Emirates Cricket Board will run the first T20 tournament from January 6 to February 12, 2023. Three IPL franchises will own teams in the league. Five of the six franchises are owned by Indian companies. Reliance Industries owns the Mumbai Indians, Shah Rukh Khan’s Knight Riders Group owns the Kolkata Knight Riders, and GMR, Adani Sportsline, and Capri Global are all owners of the Delhi Capitals.

In South Africa’s Twenty20 tournament, all six teams are from IPL franchises. MI owns Cape Town, and the other cities are owned by the Chennai Super Kings (Johannesburg), the Lucknow Super Giants (Durban), the Sunrisers Hyderabad (Gqeberha), the Rajasthan Royals (Paarl), and the Delhi Capitals (Pretoria).