Pietersen asked Shehzad about his performance in PSL 2020 told him ‘You need to bat at No.13 for Quetta Gladiators’ 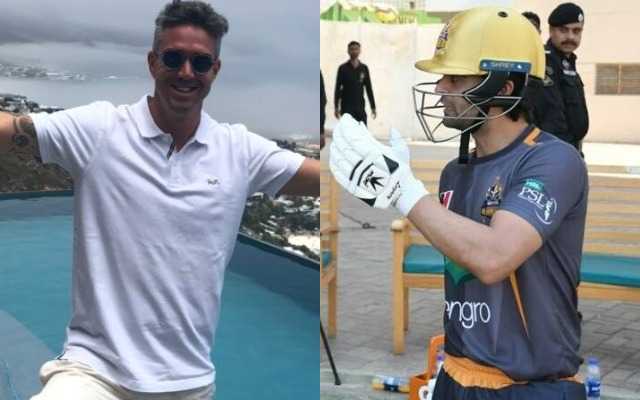 The break out of Coronavirus forced the world to be in a lockdown state. With more than 7 lac positive cases and 37,000 deaths, the pandemic has spread out a stern situation across the whole world.

While speaking with Ahmed Shehzad in the Instagram live session, the former England star took a sly dig at the Pakistan international for his performance in the recently-abandoned PSL Pakistan Super League. PSL 2020 was aborted before the semi-finals due to the danger of the COVID-19 breakout.

Pietersen asked Shehzad why he performed poorly in the PSL 2020 as the 28- year-old scored only 61 runs in seven games for Quetta Gladiators in the competition.

Pietersen asked Shehzad, “I just wanna hammer you about your batting. Why are you not scoring runs?”

“Well, I have tried my best in this PSL. I have been working really hard. Sometimes you know as a cricketer you are trying everything, but it’s not coming. You cannot help it. You still have to believe in yourself whenever you go,” responded Shehzad to Pietersen’s concern.

Nevertheless, Pietersen left no stones unturned in trolling Shehzad as the former England batsman trolled him further for answering the question so formally.

“Shezzy (Shehzad), I am not a journalist. I am your buddy, so don’t talk to me like you are in a f****** press conference, okay? Why are you not scoring runs?” Pietersen stated further.

“You want a clear answer? I was playing (batting) No.3, and I tried, but it was not helping me. It was my first time that I played the entire tournament at No.3. I never complained. I was doing my best, I tried my best, but it was not coming,” stated the Pakistan batsman in his defense.

However, Pietersen was in no mood for a serious answer as he trolled Shehzad once again by saying that he needs to go and bat at No.13 for Quetta Gladiators. Pietersen took a jibe at the Gladiators’ star and stated that he is going to bring drinks for the team in the next season.