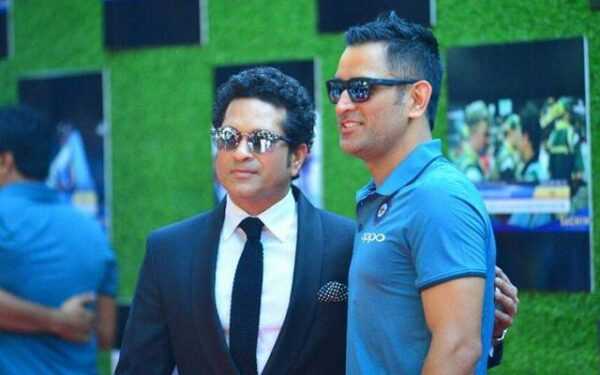 Sachin Tendulkar, the Indian Legend recently revealed that it was he who had suggested MS Dhoni about promoting himself up the order, in the final of ICC World Cup 2011. Yuvraj Singh was in great form in the tournament; however, Dhoni took the responsibility on his shoulders and won the game for his team.

Now, 9 years after the victory over Sri Lanka, Sachin, in an interview with Times of India, along with his batting partner Virender Sehwag revealed how Dhoni’s decision to go out and bat after Virat Kohli was dismissed, happened.

“Gautam was batting brilliantly, and someone like Dhoni could’ve kept rotating the strike,” Sachin told TOI.

He continued, (as translated) Just went out into the balcony between the overs only to say this much to MS and came back fast before the next over begins. I’m not moving from here!

India lost their openers early, as Sachin score only 18 runs in the final, while Sehwag was dismissed for a duck, so the pressure was Gautam and Kohli to steady the ship. The former scored a fantastic 97 run knock, as he was joined by Dhoni after Kohli was dismissed

Sehwag revealed that as they were just planning to send out Dhoni early, he walked into the room and joined the conversation.

“I asked MS to consider this strategy,” added Sachin. “He then went to (coach) Gary Kirsten, who was sitting outside. Then Gary came in and all four of us got talking about it. Gary too agreed it was the right thing to do, given the attack on hand. MS also agreed and promoted himself up the order.”

The veteran also admired Dhoni and Gautam Gambhir for their excellent knocks at such a big stage.

“Gautam’s knock was exemplary. It put the chase in perspective and set the platform. And the way MS finished it was brilliant. It was an imperious knock. That six was the icing on the cake,” he stated.