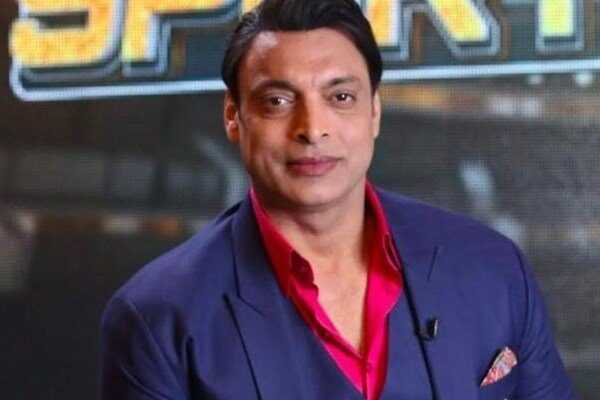 Rawalpindi Express Shoaib Akhtar was one of the fastest bowlers to have played the game. He had a reputation of instilling fear amongst the batsmen with his raw pace. The speedster also had face-offs with some cricketers on the field, one of which was Matthew Hayden. In his YouTube Channel, Akhtar revealed how Hayden came down hard at him.

The incident took place after the match in the 2003 World Cup between Pakistan and Australia in Johannesburg. Hayden, who is also known for attacking style of giving back to the opposition. Shoaib revealed how he and the Australian opener indulged in a fight after Pakistan lost to Australia.

“I got into a fight with Matthew Hayden. It was the first game of the World Cup, and we lost it, I completely lost it. Hayden used to call me a C-class actor and low-grade fast-bowler. I said Matthew, and I’m going to have a go at you in the World Cup.”

“Bad luck for me that we lost the game, and it was a stroke of bad luck on top of that we got up for breakfast early in the morning. I won’t get into details but Matthew and I were alone, standing and having a verbal chat. We got into a fight, a bad fight.” Akhtar stated.

Very few batsmen were known who stood upright to the raw pace of Shoaib Akhtar. Shoaib was in his prime form in the early 2000s and recalled how Australian Openers Justin Langer and Matthew Hayden provoked him to bowl faster at them. In his shocking revelation, the Rawalpindi Express also confessed it was just a loss of energy to go after the Australian pair.

“Matthew was the one guy, and Justin Langer, they used to tease me. They would ask me to bowl quick and quick and quick. I went after them and I wasted a lot of energy in the Melbourne and Perth Test matches but I hit them badly, I hit Matthew Hayden around 5 times in 3 overs. But that guy never moved an inch, and I was shocked to see that.” he added.