Simon Harmer delighted to be included in prestigious list of Wisden

The South African was named one of the five cricketers of the year. 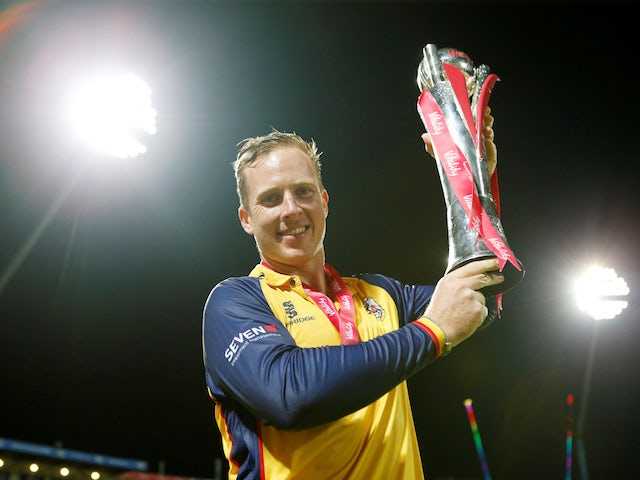 Simon Harmer is delighted to be flying the flag for the county game as one of Wisden’s cricketers of the year, taking his place in a tradition he has followed since his childhood in Pretoria.

Essex spinner Harmer has been named alongside Jofra Archer, Pat Cummins, Marnus Labuschagne, and Ellyse Perry in the almanack’s annual list of star performers from the previous year and is the only one of the quintet to be recognized for his achievements at the domestic level.

The 31-year-old has experienced life on the international scene, winning five Test caps for South Africa in 2015; however, he has spent the past three seasons on a Kolpak deal at Chelmsford, turning in what has been the best cricket of his career.

In 2019 he topped the first-class wicket charts in England, taking 83 wickets as Essex reclaimed the Specsavers County Championship title, and captained the club to T20 success in the Vitality Blast.

“I think the biggest thing is the tradition that goes with this award. I’m extremely happy to know I’ll be joining the ranks along with some truly incredible cricketers,” he said.

“I can still remember as a 12 or 13-year-old reading who the Wisden cricketers of the year were, and it’s a prestigious list that’s been going for well over a century.

“I’m proud of what we’ve achieved as a team and what I have achieved personally as well. My teammate Jamie Porter won in 2018, so I could see with my own eyes what it was all about and how much it meant to him.

“The level of county cricket is high compared to other competitions around the world, and I think it shows in terms of other people who have won the award over the years. I wouldn’t say I’m carrying everybody this year, but it’s a good advertisement for county cricket and good for the domestic game and the players it’s producing.”

“The plan is for my brother and me to buy a beach house at some stage when we can afford it. We’re going to have a bar there where all the cricket memorabilia from my career will be displayed,” he stated.

“I’m quite a private person when somebody walks into my house I don’t want them to know I play cricket, but I’m looking forward to the day I can put up my memorabilia, and when I do I can guarantee the leatherbound Wisden will be one of the centerpieces.”

Harmer will have to wait alongside everyone else for his chance to build on last year’s outstanding efforts, with the coronavirus crisis thrusting the entire season into doubt.