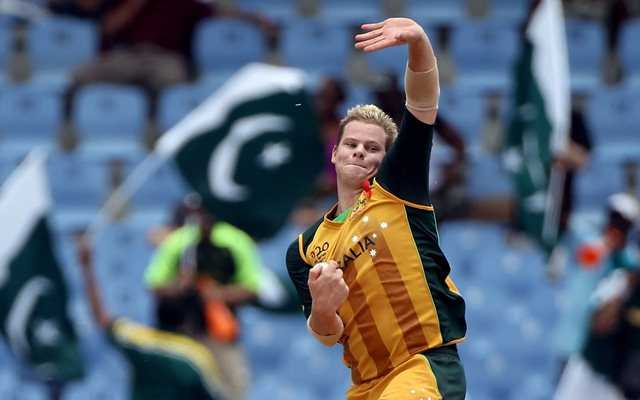 Steve Smith is currently the number one batsman in the latest ICC Test rankings for batsmen. Smith is rated as one of the best batsmen in modern-day cricket across all the formats. His evolution as a main batter was not that easy. He was picked for Australia as a specialist bowler. Steve Smith himself opened up discussing the same in a chat organized by Rajasthan Royals with Kiwi spinner Ish Sodhi.

The 30-year-old made his international debut back in 2010. Surprisingly, he was selected as a specialist spinner as a replacement for Shane Warne in the side. He failed to impress the selectors with his performances with the ball and eventually was dropped from the national team. Meanwhile, Nathan Lyon arrived, and he became the leading spinner of the team.

In the chat, Steve Smith said that he was one of the 12 or 13 bowlers that selectors tried after Shane Warne bid farewell to international cricket. He was one of those bowlers but was axed from the squad due to his poor performances.

“They were looking for a spinner after the Shane Warne era and tried lots of options at that time.

“Now we have got Nathan Lyon, who is doing a great job, but I was one of the 12 or 13 spinners that they tried. I got dropped after that, and for me, I felt I could find a way back into the team through my batting. Before that, I was mixing and matching between batting and bowling and working on both in the nets.

“Then it got to a point where, if a session is of three hours in the nets, I’d be doing probably two and half hours of batting,” Steve Smith.