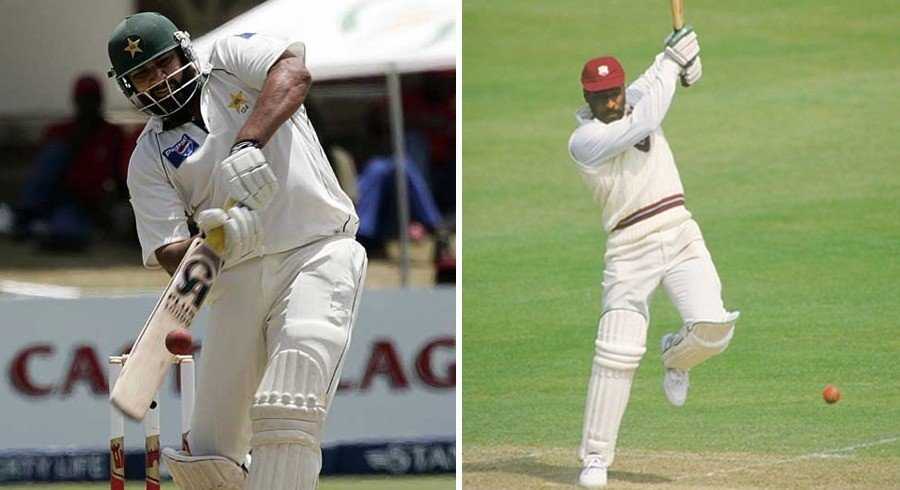 Sir Viv Richards is the Legend of the game. He was courageous; It was hard to daunt him. He would scare the batsmen and bowlers alike. Even after retirement, his enthusiasm for the game remains the same.

In an exciting incident, former Pakistan captain Inzamam-ul-Haq told a story when the West Indies great Sir Viv Richards challenged him for a ‘who can hit the biggest six’ contest during a match where they were batting together.

The moment to cherish all over his life, Inzamam- ul-Haq was batting with Viv Richards in the middle. While Richards was a retired cricketer, Inzamam was still a youngster. But the enthusiasm which Viv Richards had was unmatched. Inzamam told, Richards walked up to him to challenge him for a who can hit the biggest six. And this is what unfolded after that.

“I was once batting with the legendary Sir Vivian Richards, and he came over to me and asked if I wanted to check who could hit the biggest six between us. I smiled and said, sure. I thought he is a retired player, and I was quite young at the time while also I had faith in myself,” Inzamam said.

“In the first over, he hit a six, which landed in the parking region outside the ground. Then I hit a six, which went above the dressing room and went further than Richard’s six. I happily told him that I had hit a bigger six. He simply replied that they weren’t out yet, we are still playing,” he added.

“During the third over, Viv Richards hit a six that went above the dressing room and into the house behind. He didn’t just hit one but hit three massive sixes into the nearby houses. He was just that kind of a player. He played at this level even after retirement. He was such a great player. I think the players will be learning so much since he is mentoring the PSL team Quetta Gladiators,” Former Pakistan Captain added.