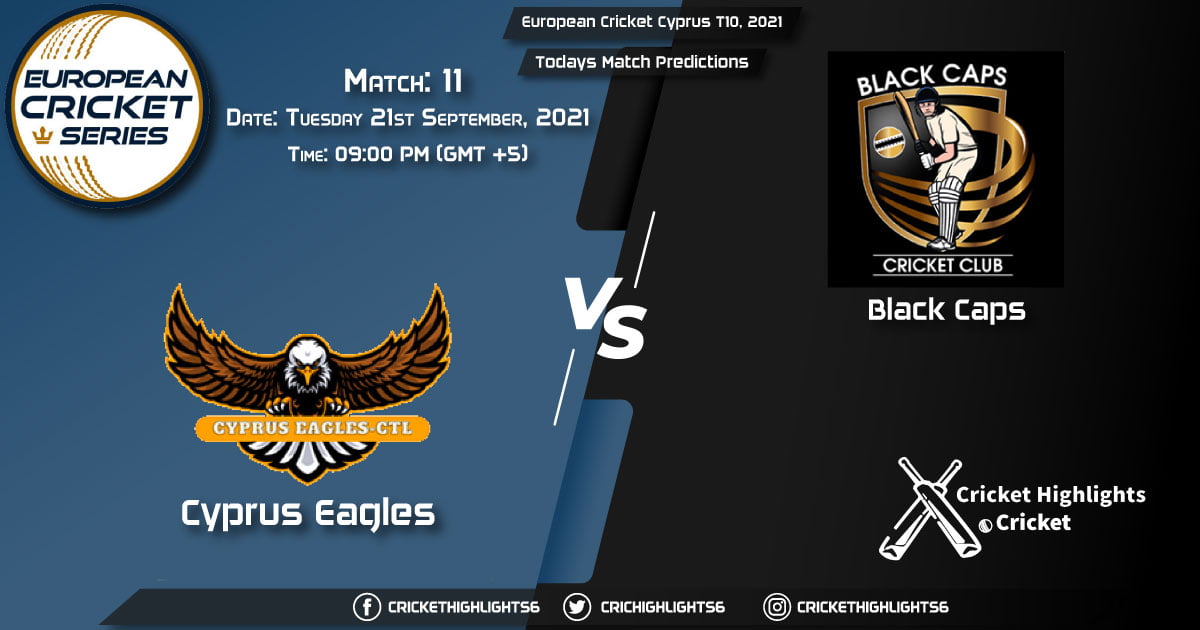 A relatively high-scoring game is on the cards in today’s ECS clash. While batting might be easy here, the spinners should get some turn in the middle overs which will keep the batsman on their toes. The team that wins the toss should choose to bat first.

Who will win Today Cyprus Eagles vs Black Caps

Cyprus Eagles is expected to win this match.