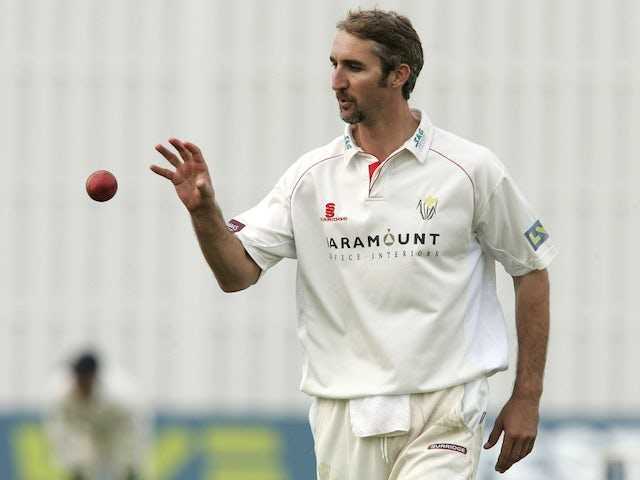 The pandemic has altered many aspects of life, and one of the most fundamental parts of cricket has now come under consideration – the shining of the ball.

With the world now more germ conscious than ever. Former Australia paceman and current Sussex head coach Jason Gillespie has questioned whether the age-old practice of maintaining a cricket ball, usually attained with saliva and sweat, can be sustainable once the sport resumes.

Currently back in Australia after the postponement of the English county season, Gillespie, on Sunday, voiced what many had thought even before the pandemic that the routine of fielders and bowlers imparting saliva onto the ball was, when given some thought, actually “pretty gross.”

The great Jason Gillespie – who turns 45 today – dismantled England at the WACA in November 1998 with a five-wicket haul, with the last four wickets coming in just six balls! Happy birthday, @dizzy259 🥳 pic.twitter.com/L2j39ogie8

“I don’t think it’s a quirky question. It’s an actual genuine thing to be considered,” Gillespie said in a radio interview with the Australian Broadcasting Corporation.

“I don’t think anything is off the table. It could be a point where at the end of each over, the umpires allow the players to shine the ball in front of them, but you can only do it then.”

“I don’t understand. Is it just sweat? Can you only use sweat? I don’t have an answer to that, but it definitely will be a discussion that will be had. If you think about it, it is pretty gross.”

With some local cricket associations discouraging the use of saliva to shine the ball towards the end of the Australian season, which completed last month, the question of banning the practice has also raised concerns. As for Australian paceman Josh Hazlewood, who said shining a Test ball “does a lot” for its durability.

“I think with a white ball, it would be fine,” he stated on Monday in a recommendation to limited-overs cricket. But in Test match cricket, it is going to be very hard, I think.”

“Bowlers rely on sideways movement in the air or off the wicket. If you didn’t maintain the ball for 80 overs, it’d become quite easy to bat after probably about 15 overs, after that initial shine has gone off the ball.”

“Whether you use saliva or sweat, maybe one person could do it? I’m not sure,” he said. “It’s something we’d have to talk about when we get back out there, and hopefully we can come up with a solution.”