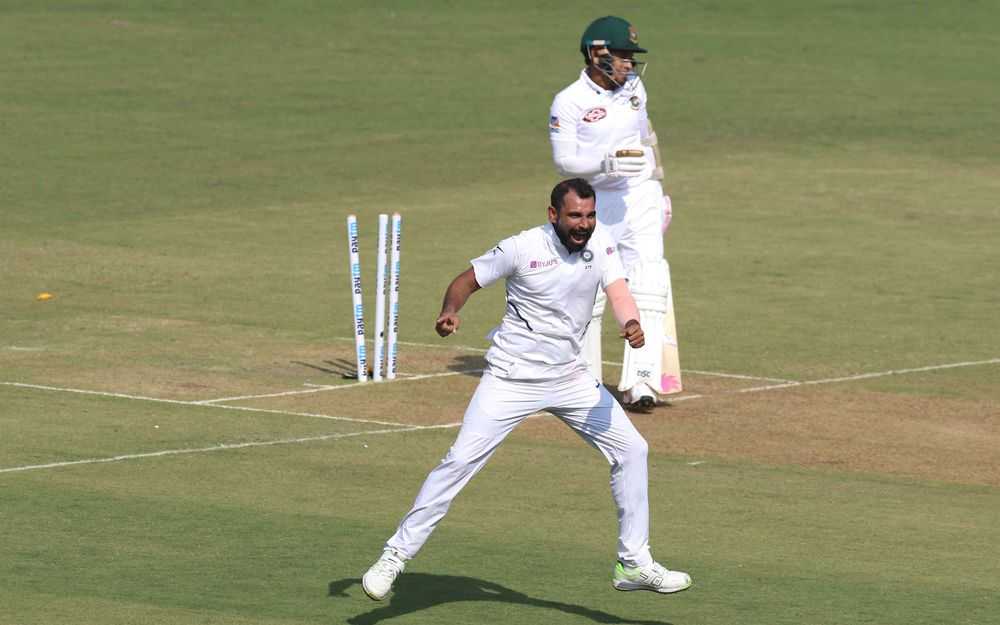 Indian fast bowler Mohammed Shami has revealed how he developed reverse swing. Unlike the typical fast bowlers, the right-arm pacer does not enjoy a green top and bowling with the new ball.

One of the prime reasons behind his success in the second innings of the game is his proficiency with the reverse swing. Mohammed Shami is undoubtedly one of the best if not the best exponent of reverse swing in the world right now. His accuracy and seam position is another aspect behind his impressive show with the ball.

“I try to ensure that my pace doesn’t fall below the 140kph mark. But my focus is on the seam and swing. I have always tried to make sure that these two things remain perfect. I can bring pace with my physical strength and you can always work on it by doing strength training. But I have always given priority to swing and seam and never for a minute let them take a backseat,” Mohammed Shami said.

“As you keep playing, you learn a lot of things. It is all about following one process after the other. When you have discovered one technique and mastered it, you then move to the next one and work on that. At the start, I didn’t have much idea about the reverse swing.

“But slowly I came to understand what the process of reverse swing is all about and how it can be an integral part of a pace bowler’s armory. It wasn’t like God sent me with the art. I had to work hard and to be honest, and you have to work hard for everything that you want to achieve in life,” he added.