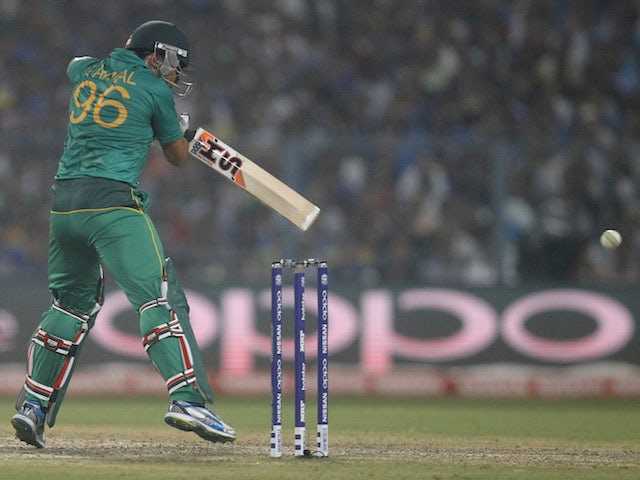 Pakistani batsman Umar Akmal has been handed a three-year ban from all cricket after failing to report information of corrupt approaches made to him in two separate events.

Last month Umar was charged by the PCB for two breaches of its anti-corruption code, having been provisionally suspended before the start of the Pakistan Super League.

Article 2.4.4 of the code states: “Failing to disclose to the PCB Vigilance and Security Department full details of any approaches or invitations received by the Participant to engage in Corrupt Conduct under this Anti-Corruption Code.”

Lt Col Asif Mahmood, the director of PCB security and anti-corruption, stated: “The PCB does not take any pleasure in seeing a promising international cricketer being declared ineligible for three years on corruption charges; however, this is once again a timely reminder to all who think they can get away by breaching the anti-corruption code.”

“I request all professional cricketers to stay away from the menace of corruption and immediately inform relevant authorities as soon as they are approached. This is in there as well as their teams’ and country’s best interest.” Lt Col Asif Mahmood Added.